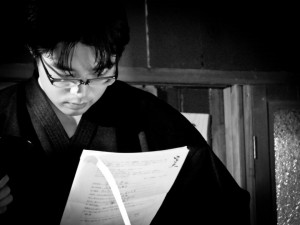 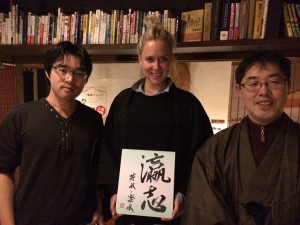 She said that it was the first trip to East-Asian region, and she chose to stay Japan for a week.
I asked “How is your impression for Japan, compared with Western countries such as Australia?”.
She replied “I pick up two points. Firstly, they are patient people. Secondly, they are respectful for strangers.”
I’m so glad she had a good impression for my home country.
She told me that she preferred water because her zodiac sign is ‘the fish’.
Water nourishes lives, so it is praised by ancient East-Asian philosophers such as Lao-zi and Confucius.
Maria-san hoped us to give you some complex kanji characters for tonight.
We tried to create a piece for her memory to visit Samurai Café & Bar Shi-shin, according to the conversation between her and us.

The first kanji is 瀛 … What a complex and unfamiliar character it is! Even native staff of Shi-shin didn’t know how it pronounced, much less its meaning.
It is one of characters that indicate Japan.
Its origin dates back to an ancient Chinese legend.
Once upon a time Chinese people believed that in the east of the sea there lied three sacred islands where ‘Shinsen (神仙)’ lived. ‘Shinsen’ are legendary hermits who have eternal lives and have supernatural powers. In their imagination they called these islands as “蓬莱 (Horai)”, “方丈 (Hojo)”, and “瀛洲 (Eishu)”.

Some ages passed.
Chinese people knew that there is really an archipelago east of the sea. And people living there came to China and they knew each other. People started to use one name of three legendary islands as a beautiful title of this long archipelago. After that Japan is also called “瀛洲 (Eishu)”, whose meaning is literally ‘land of Ei’. It is an old title for Japan and nowadays seldom used, but because of that it is special and fascinating, isn’t it?

The kanji character 瀛 itself has to do with water because it indicates a legendary island floating on the east of the sea.
A kanji character can be divided into some parts. As for 瀛, it can be divided into the left part ‘シ’ and the residual right. The left part ‘シ’ indicates that the meaning of its character has a connection with water – such as 海 (meaning ‘the sea’ ), 涙 (meaning ‘the tears’), or 湖 (meaning ‘the lake’). And the residual right part indicates how it is pronounced. The kanji system as such somewhat resembles ancient Egyptian Hieroglyphs or Mesoamerican scripts. They are gone but kanji still survives in the modern world, so it is unique.

The second kanji is 志 … Yes, it is the symbolic character of Samurai Café & Bar Shishin.
Shishin is written as 士心. 士 means officers, especially Japanese samurais in the historical connotation. 心 means a heart / sprit. So 士心 (Shishin) can mean Samurais’ spirit.
士 and 心 can merge into one character and create 志. It is also one of kanji characters’ interesting properties. Two or more characters sometimes merge into one and create a new kanji. The meaning of 志 can be roughly said as an ambition, a will, or also a spirit.

I picked up two kanji characters for a memory of visiting Japan, Kyoto in Japan, and Samurrai Café & Bar Shishin in Kyoto.
瀛志 (Ei-shi) – That is, Japan’s spirit.

I add two phrases as the appendix to the left side.
They are picked up from two East Asian classics – Lao-zi (老子) and Confucius’ Analects(論語), both of that refer to the virtue of water.

This phrase is quoted from Lao-zi, the book of Taoism.
It says,

It means “The supreme virtue is like water.”
Why?
Its answer is the core of Taoism philosophy, so difficult to explain plainly.
But trying to put it, water always has a tendency to fall down to the lowest level, and finally gathers itself to the great sea. So Lao-zi teaches, we think, not to boast but to be modest, and that can lead a person to the greatest in the end.

This phrase is quoted from Confucius’ Analects, the book of Confucianism.
It says,

It means “wise persons would enjoy waterside.”
Confucius explains why they do so, saying “ because wise persons are fond of moving things”.
Its meaning is that, we think, as follows:
Wise persons are good at speculating how things change as time goes, on the other hand water always flows and changes as time goes. So they are attracted by water.

On September 9 we gave Mr. Shane our kanji calligraphy. It is “智・真・愛”.

“聖院” is read as “Sei-in” in Japanese. We tried to transcribe his first name “Shane” as that, and put it by the side of “智・真・愛” like kanji signature of him.
The kanji “聖 (Sei)” means “sacred / holy”.
The original meaning of kanji “院 (in)” is “a public building”, that can indicate offices, universities, hospitals, and temples. In the past the most important public buildings were Buddhist temples, so “寺院 (ji-in)” means also “temple”.

These kanji are frequently selected as Japanese given names because of their good meanings.
I and calligrapher Yagi Suigetsu translated his motto into its equivalents of kanji.

“A person of wisdom likes waterside, while a person of benevolence likes mountains.”
(Word of Confucius)

“Truth in the universe.”
(A keyword of Buddhism)

“Blow away, Shima-uta, and send my love with you.”
(From the popular song “Shima-uta” by The Boom. “Shima-uta” means a song-style of Okinawa and Amami.)

“Life is what a man can’t handle as he likes. The more he loves the other, the more difficult it gets that the two can be faced vis-à-vis.”
(From the popular song “Fuyu no Riviera” by Mori Shin-ichi, a famous singer.) 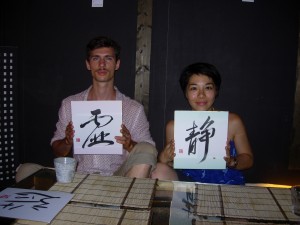 The (state of) vacancy should be brought to the utmost degree,and that of stillness guarded with unwearying vigour.
All things alike go through their processes of activity, and (then) we see them return (to their original state).
When things (in the vegetable world) have displayed their luxuriant growth, we see each of them return to its root. This returning to their root is what we call the state of stillness; and that stillness may be called a reporting that they have fulfilled their appointed end.

The report of that fulfillment is the regular, unchanging rule. To know that unchanging rule is to be intelligent; not to know it leads to wild movements and evil issues.
The knowledge of that unchanging rule produces a (grand) capacity and forbearance, and that capacity and forbearance lead to a community (of feeling with all things). From this community of feeling comes a kingliness of character; and he who is king-like goes on to be heaven-like. In that likeness to heaven he possesses the Tao. Possessed of the Tao, he endures long; and to the end of his bodily life, is exempt from all danger of decay.
(“Tao Te Ching “ by Lao-tzu, Chapter 16) 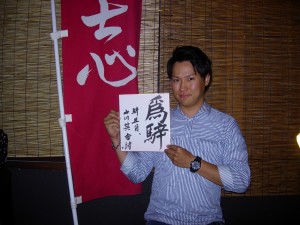 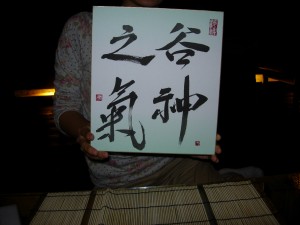 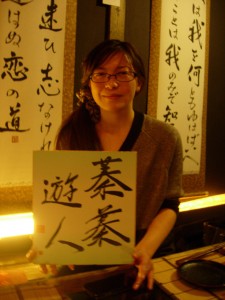 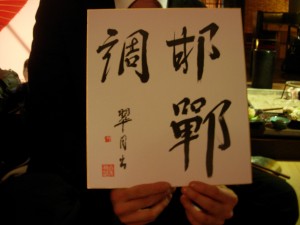